Benefits of a Plant-Based Diet

Let’s start with your health. The key to a healthful and long life is making the right lifestyle choices. While most folks know the importance of not smoking, getting regular exercise, and eating a healthy diet, few understand what constitutes “good” food choices like plant-based protein bars from GoMacro. The lack of understanding about what to eat makes sense in light of the millions of dollars spent each year in advertising by the meat, dairy, egg, and other food industries. Making matters worse is the lack of nutrition training for healthcare providers. Most medical schools in the United States teach less than 25 hours of nutrition over four years, and ~20% of medical schools have a single required course in nutrition, so it’s important to do your research and seek out the advice of other trained healthcare professionals to get a well-rounded view. 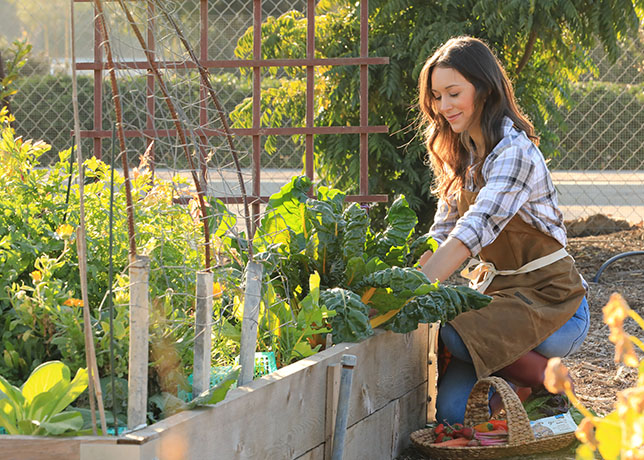 The good news is that thousands of scientists from around the world study nutrition and public health, and from their work we now know that one of the most healthful diet options is based upon whole plant foods. A diet of French fries and candy may be vegan, but certainly not healthy. To find a healthy, well-rounded balance as a vegan, one must eat whole foods, including vegetables, fruits, beans, nuts, whole grains and mushrooms.

A Plant-Based Diet Can Promote a Longer and Healthier Life

While studies have produced mixed results about veganism and longevity, most plant-based eaters are health-conscious and eat a diet rich in fruits, vegetables, whole grains, legumes, nuts, and seeds. Research suggests that regularly eating these plant foods may help people live longer. The same goes for diets low in red and processed meats.

The top ten leading causes of death in the U.S. in order are; Heart Disease, Cancer, Chronic Lower Respiratory Disease, Accidents, Stroke, Alzheimer’s Disease, Diabetes, Influenza and Pneumonia, Kidney Disease, and Suicide. Studies show that a vegan diet can reduce the incidence of many of these other than accidents. Let’s consider the top two killers: heart disease and cancer.

Coronary artery disease is the blockage of the arteries feeding the heart. This disease can begin in childhood and kills about 400,000 people each year. The blockage, or atherosclerotic plaque, comes from deposits of cholesterol, a type of fat found in the majority of animal food but very rare in the plant kingdom. Plant-based diets are associated with a lower risk of cardiovascular disease versus the general population. The good news for vegans who adopted plant-based eating later in life is that this type of heart disease is reversible! A balanced diet allows the body to clear away the plaque from clogged arteries.

A vegan diet also might reduce the risk of many types of cancer - for several reasons. First of all, plants are high in phytochemicals and antioxidants, which may help protect cells from damage and aid in repair. Second, plant-based diets tend to be high in fiber. One study found that young women who ate the most fiber-rich diets were 25% less likely to get breast cancer later in life. Other research found that every 10 grams of daily fiber could lower the risk of colorectal cancer by 10%. Finally, research suggests a link between meat and some types of cancer, especially red meat and processed meats, so avoiding meat also seems to play a part in prevention.

While it is clear that animal-based diets can contribute to disease by what they contain, it is also important to understand that plant-based diets can help prevent these diseases by providing health-promoting nutrients. That is, eliminating disease causing animal foods reduces the chance of illness, but realizing full health potential means striving for a plant-based lifestyle that's rich in fiber, antioxidants, vitamins, complex carbohydrates, the right fats, and protein. For example, consumption of fiber from whole grains reduces rates of heart disease, some cancers, and helps lower blood pressure. Fruits and vegetables are high in antioxidants that protect cells from the ravages of free radicals produced as food is metabolized. The antioxidants also reduce the formation of atherosclerotic plaques. Some plant-foods, particularly those high in antioxidants, work wonders even when taken in small amounts, such as the spice turmeric. This powerful anti-inflammatory agent is associated with lower rates of Alzheimer’s disease. It can also be used in treatment or prevention of osteoarthritis, high cholesterol, inflammatory digestive system diseases, and more.

For a Healthy Plant-Based Diet, Focus on Whole Foods

As noted above, eliminating animal products from your diet won't alone make you healthy. Starting a plant-based diet that has daily servings of fruits (1 serving of berries plus three others), vegetables (1 in the broccoli group, two leafy greens plus two others), whole grains (ground flax seeds plus two others), legumes (3), nuts (1), and a good dose of spices (turmeric, pepper, etc.). It's also important to supplement your diet with some vitamin B-12. This vitamin is made by microbes (bacteria and fungi) and not by plants or animals. Since we wash our food and chlorinate our drinking water, there aren't enough microbes in a vegan diet to provide sufficient B-12. A daily multivitamin or inexpensive B-12 supplement will have all you need but ask your healthcare provider if you have concerns about supplementation. If you're concerned about protein intake, make sure you're eating a variety of vegetables, as well as protein-rich beans, legumes, nuts, seeds, and grains such as quinoa to get all essential amino acids.

Eating Vegan May Be Better for the Planet

Eating a vegan diet seems to be much more efficient when it comes to land use. One study by researchers at Oxford University estimated that if everyone chose to go vegan, global farmland use could be reduced by 75%, freeing up land mass the size of Australia, China, the EU, and the U.S. – combined. It takes almost 20 times less land to feed someone on a vegan diet vs. a meat-eater since the crops are consumed directly instead of being used for animal feed.

Livestock is also responsible for 14.5% of global human-derived greenhouse gas emissions. First, meat production uses lots of fossil fuels. Grains must be grown for feed, which requires fossil-fuel based pesticides and the use of emission-creating farm equipment to plant, harvest, process, and transport it. Secondly the animals must be transported and processed, which also requires the use of fossil fuels. Also, methane produced by cattle as they digest their food is a potent greenhouse gas that remains in the atmosphere for years.

On top of that, meat production uses lots of water. Not only do animals consume water, but they must eat thousands of pounds of feed throughout their life. Growing the crops that become animal feed requires significant irrigation. In addition, much of the fertilizers, pesticides and herbicides used to grow the crops that feed the animals end up in our lakes, rivers, and ocean. Some meat producers also use hormones and antibiotics that pollute the water and damage human health. Some modern meat, poultry, egg, and dairy production occur in densely populated animal housing that emit enormous quantities of water and air pollution. The annual development of the huge dead-zone in the Gulf of Mexico is largely due to agricultural pollution, which the meat industry contributes to heavily.

Find the joy in eating

Eating should make you happy! Choose delicious vegan meal plans and snacks based upon whole plant foods and find the joy of knowing you are doing the best you can for your body and the planet.

By Benjamin Cuker, Ph.D., Professor of Marine and Environmental Science, Hampton University. Dr. Cuker is a vegan and teaches a course called “Eating for a Healthy You and a Sustainable Planet.”