Does Protein Give You Energy?

Protein gives you energy by helping to repair and build tissues, but unlike carbohydrates, protein is about the long game rather than a quick energy boost. With over 10,000 proteins in the body, protein is key to maintaining healthy energy levels and supporting health on a foundational level. 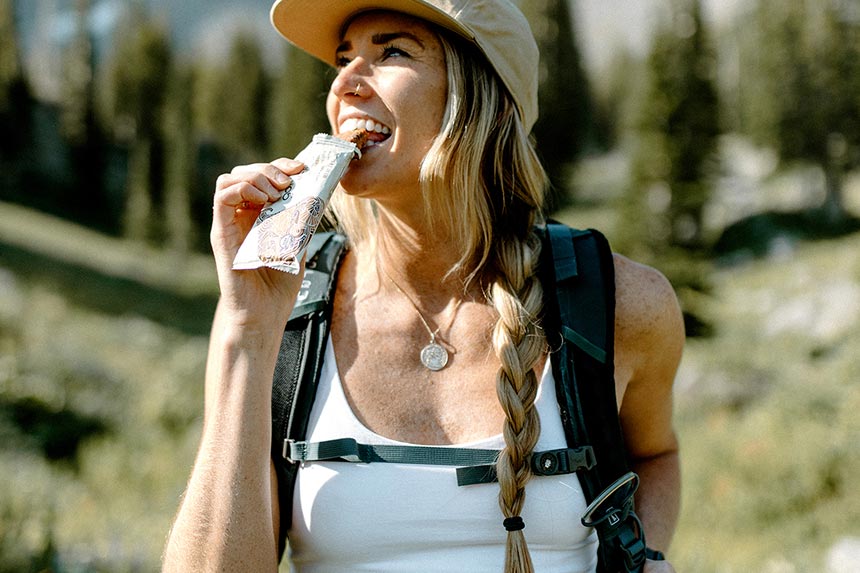 What Does the Body Use Protein For?

Most people know protein is a building block for muscle – but protein in its many forms is involved in nearly every bodily function. In fact, every single cell in our bodies contains protein!

Proteins are made up of various combinations of amino acids. Our bodies can produce many of the 20 amino acids that can form a protein, but nine amino acids must be consumed through the foods we eat. Foods containing all nine essential amino acids, such as quinoa or buckwheat, are called “complete proteins.” However, humans don’t need every single amino acid in every bite we eat. As long as you’re eating a variety of amino acids throughout the day, you’ll likely consume adequate dietary protein to sustain your body systems.

A few key functions of proteins are:

When Does the Body Use Protein as an Energy Source?

Protein can be metabolized and used as an energy source for the body, but it’s not the “preferred” source of energy.

Our bodies are all about efficiency, and carbohydrates are our primary source of food energy because they’re fast-acting and can be easily broken down into usable glucose.

Only a small amount of carbohydrates (about 1,200-2,000 calories worth) can be stored in the liver and muscles as glycogen, a form of glucose stored for energy. So, in the absence of enough carbs, our body’s next preferred energy source is fats.

Fats are more energy-rich than carbs, but they take longer and are more difficult for the body to convert to usable energy. This explains why you might feel like you “hit a wall” 60-90 minutes into a tough workout when your glycogen stores become depleted.

Under ordinary circumstances, our bodies only use protein for a small amount of daily energy. Protein is meant for growth and repair and cannot be stored away like fat and glycogen. In some situations, such as when we eat too few calories, restrict carbohydrates, or during later stages of endurance exercise, muscle is broken down into amino acids (the building blocks of protein) and converted to glucose that can be used as fuel for the body and brain.

At a certain point, trying to decrease body fat by restricting calories or increasing exercise also means sacrificing some muscle as the body works to keep glucose at a healthy level.

How Does Protein Give You Energy?

As mentioned, one way protein can give us energy is when the body metabolizes it into glucose that can be used as energy. This is especially important in the later stages of intense endurance exercise when glycogen - stored energy from glucose and carbohydrate - is depleted.

However, protein supports healthy energy levels in many other, less direct ways.

How Much Energy Does Protein Provide?

One gram of protein contains four calories – the same amount as a gram of carbs, but as mentioned, it’s not easily used by the body as a fuel source. On a normal day, protein provides around 5% of daily energy. During strenuous activity, if glycogen stores are depleted, protein can provide up to 15% of energy. In general, protein is not a quick or efficient source of fuel, and since it can’t be stored, any protein consumed that doesn’t get used immediately is converted into fat for storage.

Protein is still key to maintaining a healthy energy level as it impacts the way we metabolize other nutrients.

When you need a source of healthy, plant-based protein on-the-go, GoMacro protein bars are a fantastic choice. With up to 13g of protein, along with healthy fats and carbs, they’re a great way to sustain your energy for a workout, a long workday, or anything in between.