4 Caffeine Myths You Thought Were True

Ahhh…coffee. For many people, there’s nothing like that first steaming cup of joe in the morning. It can fine-tune our focus, boost energy levels, and help get the day started on the right foot. But really, is coffee good for us?

Recent studies have indicated some eye-opening health benefits of caffeine when consumed in moderation.

Caffeine quickly comes to mind when we think about coffee. According to Johns Hopkins University School of Medicine, coffee also contains antioxidants that may reduce internal inflammation, support liver function, promote weight management, and help guard against conditions such as stroke and heart disease.

Also, a study conducted by the National Library of Medicine found that coffee may reduce anxiety and the risk of depression in adults.

Yet there are myths about caffeine that might make you question whether your daily cup is actually doing more harm than good. Again, it’s important to point out that moderation is key. If you’re relying too much on caffeine, be sure to get proper rest and incorporate a healthy, balanced diet and lifestyle to maintain energy levels.

Let’s address some common caffeine misconceptions so you can enjoy your coffee with a little extra peace of mind. 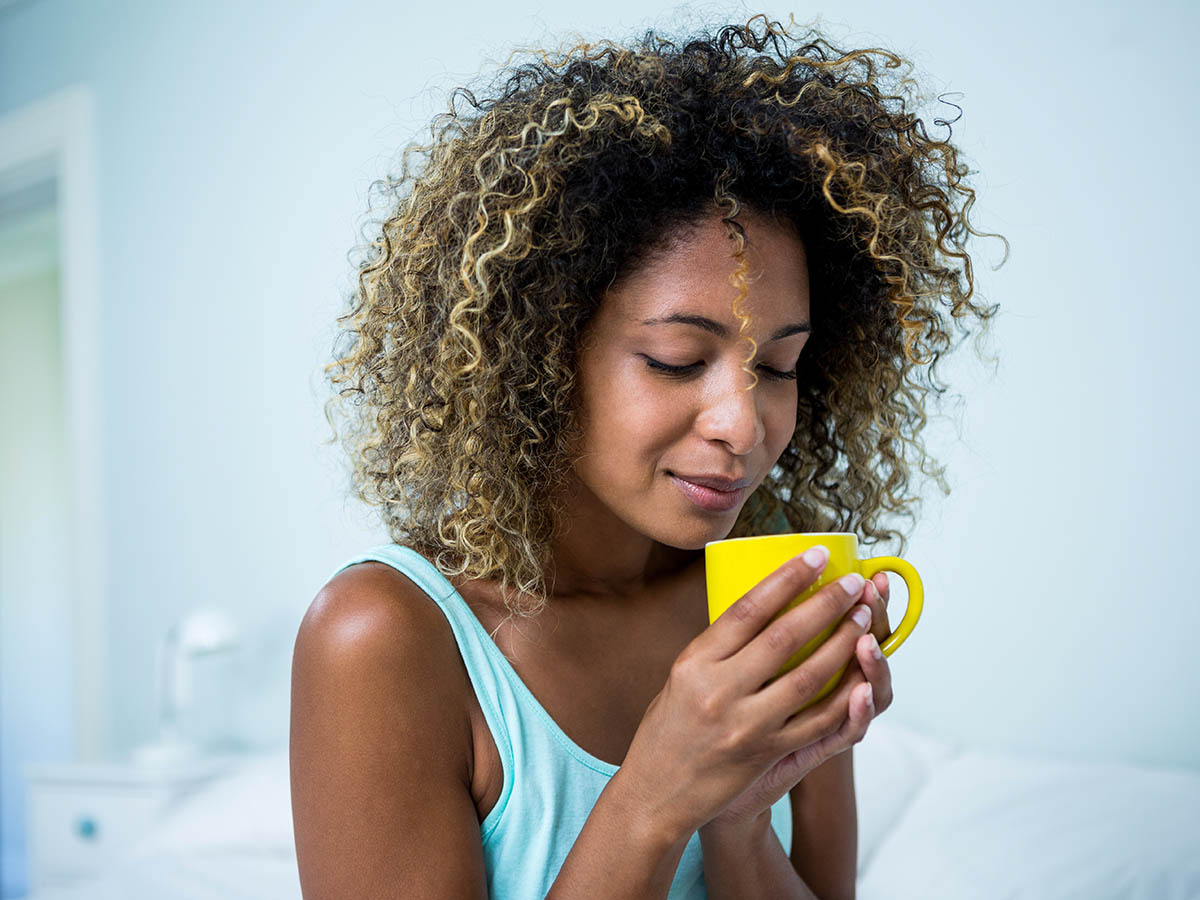 The dehydration myth is perhaps the most commonly heard misconception when it comes to caffeine. We often hear that our daily cup of coffee doesn’t actually count toward our daily hydration goal, or that drinking caffeinated drinks on a hot day or before a workout will deplete us more quickly. In reality, caffeine doesn’t cause excessive fluid loss when compared to the amount ingested.

More accurately, caffeine has a very mild diuretic effect, meaning it causes the kidneys to flush excess water and salt through the urine. However, this effect isn’t enough to lead to dehydration – especially if you’re a daily coffee drinker.

Studies show that people who drink a cup of coffee or tea every day develop a tolerance to the diuretic effects of caffeine, to the point that no diuretic effect is even seen. For casual or occasional caffeine drinkers, having around 300mg of caffeine (equivalent to 2-3 cups of coffee) might see you running to the bathroom more frequently, but the effects are short-term. While there’s no need to overcompensate after your daily cup of coffee, it’s still smart to stay hydrated with plenty of water throughout the day.

If you’re a daily coffee or energy drink consumer, you might know the feeling of a day without your beverage of choice: headaches, fatigue, brain fog, irritability. These “withdrawal” type symptoms might make it seem like caffeine is truly addictive – but the truth is more nuanced.

Like many actual drugs, caffeine does cause a small hit of dopamine in the brain. Dopamine is involved in motivation, movement, and emotions, which is what makes us feel alert and classifies caffeine as a stimulant. In addition, regular caffeine drinkers develop a tolerance over time which causes them to need more and more caffeine in order to feel its effects.

However, contrary to illegal stimulants, caffeine’s dopamine effects are minor and don’t actually cause enough of a surge to create an imbalance in the brain’s reward system and lead to addiction. Addiction also involves using a substance even when it has detrimental consequences. So, while the common caffeine myth may refer to “caffeine addiction” casually, the more accurate term is caffeine “dependency.”

It’s true…consuming coffee late in the day may affect sleep patterns. It depends on your metabolism, the amount of caffeine you normally consume, and of course the time of day you have it. But for most people, a cup of coffee or two in the morning won't interfere with sleep at night. Your body absorbs caffeine quickly, but it also gets rid of it quickly. Just try to refrain from that last cup of joe at least six hours before you go to bed.

Myth #4: Caffeine Has No Health Benefits

The biggest benefits of caffeine are the exact reasons most people enjoy it – the energy boost, alert feeling, and mental sharpness. That energizing effect was also associated with a higher likelihood of getting the recommended amount of daily physical activity.

However, in studies of the health benefits of caffeine, it can be challenging to separate the effects from the other health benefits of the beverage it’s in. Specifically, both coffee and tea are high in antioxidants, which are known for having a protective effect on nearly all facets of health. So, if you prefer decaf, rest assured you can still enjoy most of the antioxidant effects and health benefits of a caffeinated drink like coffee or tea.

What is a Healthy Amount of Caffeine?

Myths aside, you may be wondering what amount of caffeine is actually healthy to consume. Experts recommend no more than 400mg of caffeine per day, which equates to about four cups of brewed coffee or a 16 oz cold brew.

Caffeine content can vary widely among beverages, so it’s important to listen to your body. If you experience anxiety, jitters, shakiness, or lightheadedness when consuming coffee, it may be time to cut back.

One smart way to reap the benefits of your daily cup without the not-so-fun side effects is to balance it with other ingredients that can help curb the spike and crash. Enjoy caffeinated drinks with a meal rather than on an empty stomach, or add healthy fats and protein into your drink.

Another pro tip: wait two to three hours after waking before enjoying your coffee rather than having it first thing in the morning. Cortisol naturally spikes right after waking to give us a jolt of energy and focus to start the day, but it begins to fall mid-late morning. That makes it the perfect time to refuel with your favorite morning drink.

Looking to skip your second cup? Try our Mocha Chocolate Chip MacroBar! Each bar contains 36 mg of caffeine, slightly less than half of a standard 8 oz cup of coffee.