GoMacro is proud to be the Official Nutrition Bar Sponsor of the American Diabetes Association's Tour de Cure for the third year! We're fueling riders across the country as they raise money to Stop Diabetes.

Riding in the Tour de Cure? Enter our Photo Contest!

Fuel your training rides with GoMacro and post a selfie for a chance to win a FREE box of GoMacro MacroBars! Get the instructions and contest rules here. Read more.

Contest begins March 9, 2015. Must be a registered participant of the Tour de Cure. Weekly winners until April 1, 2015. US Residents only. For more information see the Official Rules below. 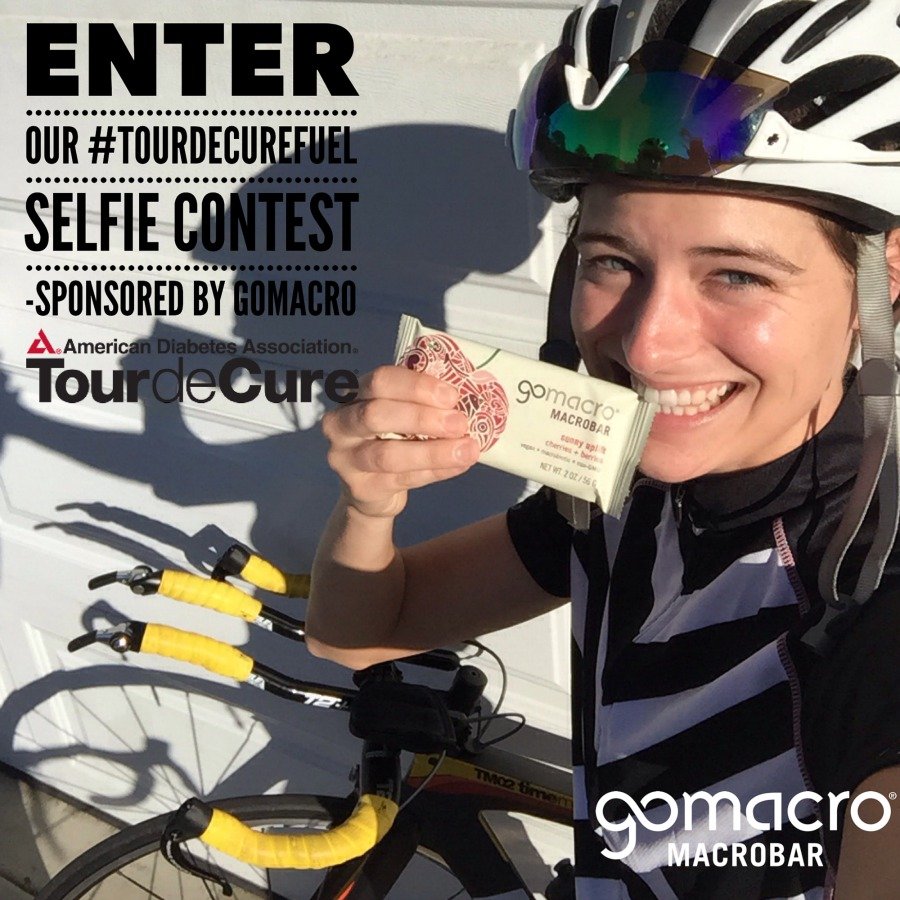